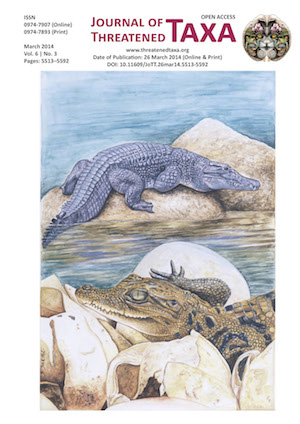 The present study was conducted to resolve conflicts in the identification of grasshopper species of the family Acrididae (Orthoptera) on the basis of morphology and DNA barcoding. Grasshoppers representing 26 species of the family Acrididae were collected from different habitats and host plants from Poonch division of Azad Jammu Kashmir, Pakistan. Specimens were identified taxonomically and DNA sequenced for the cytochrome c oxidase (COI) barcode region. Barcodes of 19 morphological species were successfully obtained and the sequence data was used to separate species by Neighbor-Joining cluster analysis. Barcode data successfully discriminated 18 species, while two: Patanga japonica (Bolivar, 1898) and P. succincta (Johannson, 1763) could not be distinguished since they shared the barcode sequence and clustered together on the Neighbor-Joining (NJ) tree. Morphologically, specimens of Shirakiacris shirakii (BolÃ­var, 1914) were identified as one species, but barcode data revealed that in addition to Shirakiacris shirakii (BolÃ­var, 1914) two other species of the genus Shirakiacris are present in the region. Similarly, on the basis of morphological characters two species were indentified in subfamily Catantopinae, Catantops erubescens (Walker, 1870) and Xenocatantops brachycerus (Willemse, 1932), but barcode data suggest the presence of an additional Catantops species in the region. These findings show the usefulness of barcode data in discriminating grasshopper species and indicate that such data can be reliably used for developing reference libraries for species identification via sequence matches.