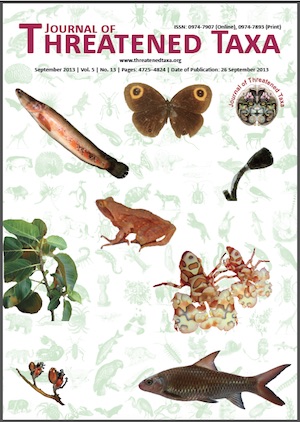 Thirteen new species of anurans that include six dicroglossids (Euphlyctis cyanophlyctis, Fejervarya pierrei, F. teraiensis and F. nepalensis, from Samdrup Jongkhar, Nanorana conaensis and N. pleskei from Haa), three megophryids (Xenophrys major and X. glandulosa from Trashiyangtse, and X. minor from Mongar) and four ranids (Amolops mantzorum from Trashiyangtse, Hylarana taipehensis and Sylvirana leptoglossa from Samdrup Jongkhar and S. cf. guentheri from Mongar) and one testudine a geoemydid (Melanochelys trijuga from Sarpang), one sauria an anguid (Ophisaurus gracilis from Zhemgang) and two colubrids (Amphiesma platyceps and Dinodon gammiei both from Paro) are reported for the first time from Bhutan. Discussions have been restricted to their presence and the distribution in and outside Bhutan. As such, this paper provides the geographic locations, morphometric measurements (in some cases), time when they were seen in their habitat and information on who have collected the data of the species reported. The quality of the data is highly variable being collected opportunistically by various individuals from various places over the last six years.