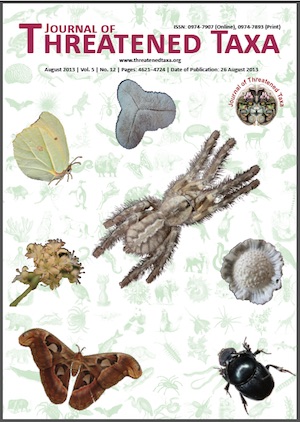 The semi-arid districts of Tirunelveli and Tuticorin in the southern Indian state of Tamil Nadu consist of numerous wetlands in the form of irrigation tanks, interconnected by an ancient network of canals, and fed by the rivers originating from the Western Ghats. While these irrigation tanks have socio-economic and cultural significance, very little is known of their ecological importance. These tanks have the potential to harbor good populations of resident and wintering waterbirds but no studies have been done to confirm this. A survey was carried out in 230 irrigation tanks of various sizes in the two districts from November 2008 to January 2011. A total of 83 waterbird species were recorded. Indian Pond Heron Ardeola grayii occurred in most of the surveyed tanks. Large concentrations of wintering waterfowl such as Eurasian Wigeon Anas penelope, Northern Pintail Anas acuta, Garganey Anas querquedula were recorded in tanks closer to the coast. Based on our survey, six sites with large waterbird concentrations have been identified, one of which is Vagaikulam, an active heronry currently under threat from tree felling. These sites along with associated wetlands are important for the long term conservation of waterbirds in the region.